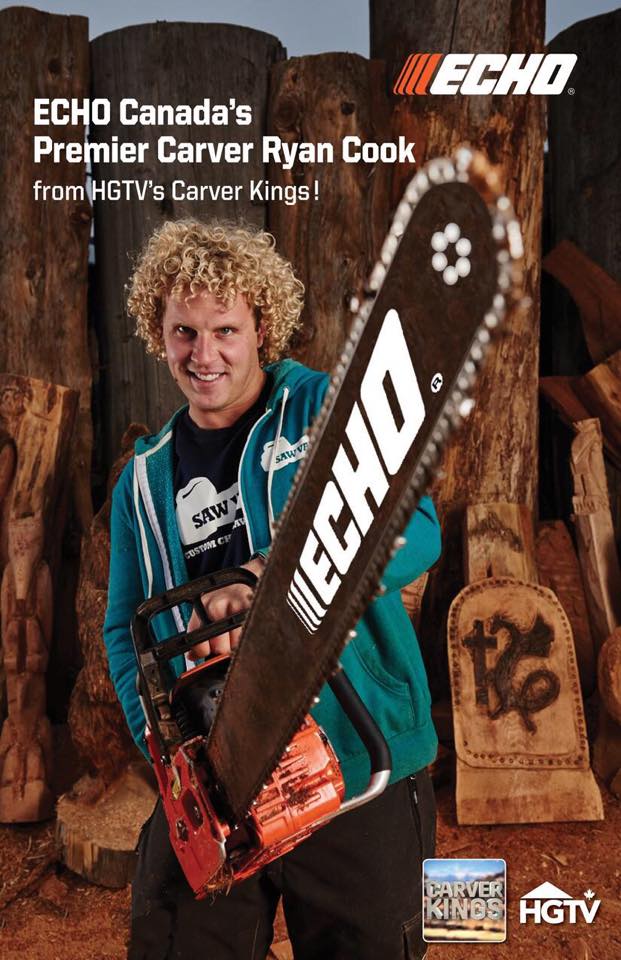 Ryan Cook, the wild blonde haired carver from the hit HGTV Canada series “Carver Kings “ got his start in carving playing the apprentice from the television series “Saw Dogs”. He has quickly become one of the top carvers and most recognized names in the world of power carving . Ryan carves full time out of Britannia Beach, British Columbia which is about 10 minutes outside of Squamish – Home of the Squamish Days World Class Championship Loggers Sports Shows. Ryan has competed all over the world. He turned pro in the summer of 2013 at the Campbell River, Shoreline Arts Competition, where he took 1st place. Having only been carving for four years, he has come along way in this short time. He is the first Canadian to be sponsored by Echo Canada, Cannon Bars, krown & Canawrap .

Ryan is the owner of Saw Valley Carvings Inc. www.sawvalley.com; he has formed one the top Carving teams in the world and is making a major impact into progressing the world of chainsaw. His online magazine is set to launch summer of 2015. Ryan is so passionate about carving he is enrolled in an online art school; he eats, sleeps and breathes carving. “ We’re all a group of talented misfits and this is where I belong” – Ryan Cook.

Look our for Ryan at the 58th Annual Squamish Days Loggers Sports Festival! Each year Ryan supports the local community he grew up in by carving up something amazing which gets auctioned off at the World Championship Chair Carve and all proceeds go to the Big Brothers Big Sisters Sea to Sky Corridor. Last year Ryan carved a beautiful bench that auctioned off for almost $1000! Ryan will also be hanging out carving up a storm at the Saturday & Sunday Loggers Sports Show grounds. Come by, snap a pic, get an autograph and pick up your very own carving to take home!

Also, all this week enter to win a Mini Tree Carving by Ryan Cook on Mountain FM from now through to July 10th. 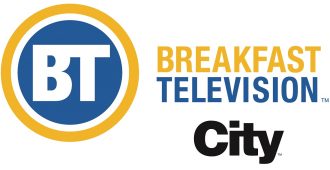 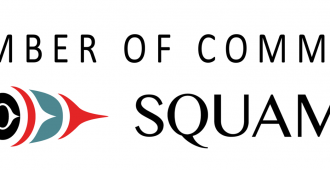